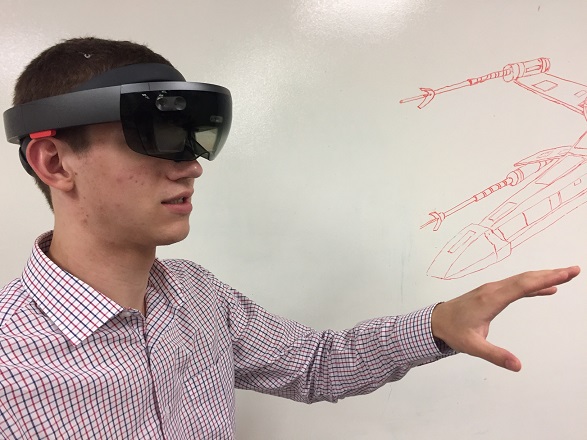 CpS 209 is the second programming class in the Computer Science program. Students spend the first part of the semester learning the C# programming language, and mastering the Visual Studio IDE and Git version control. Then, they organize into teams and design a game project. The HoloLens is one option for their target development platform.

In a series of lectures and labs, students learn about augmented reality and how to develop applications for the HoloLens using the UrhoSharp framework.